Murdochville rises from its ashes

Like a phoenix, Murdochville rises from its ashes. After being on the edge of the abyss, this former mining town, located in the heart of the Gaspé Peninsula, is enjoying a new lease of life. The reason? The great outdoors.

« When people think of the Gaspé Peninsula, they think of beaches, rivers and mountains. In Murdochville, we’re right in the middle of it all. »

Guillaume Molaison has been CEO of Chic-Chac, a company specialized in 4-season adventure tourism, for more than a decade. Originally from the region, Guillaume has always been a great sports and outdoor enthusiast. A semi-professional hockey player, he returned to the Gaspé Peninsula in the early 2000s after a brief stint in Saguenay.

After studying as an adventure guide at the Cégep de Gaspé, Guillaume headed for Murdochville, an hour’s drive from the Gaspé “capital”. Accompanied by his girlfriend, Éloïse Bourdon, the young man wanted to work in tourism, but opportunities were scarce.

« I realized that we could start a project without capital in Murdochville, he explains. But when we first went there, it wasn’t to set up a project, it was to have an inexpensive place to live between Gaspésie National Park and Mount Miller. »

While setting foot in Murdochville, Guillaume and his wife realized that the tourism potential was not at all exploited. The locals had experienced the industrial downfall following the closure of the mine and they expected the economy to be revived in the same way.

« Recreotourism was considered utopian and insufficient to revive a town like Murdochville, says the entrepreneur. Some even wanted to prevent the restructuring of the town, because they preferred to close the town to receive compensation rather than attempt projects that would be difficult to support. That’s when I realized that our mission was perhaps more important than our personal happiness. » 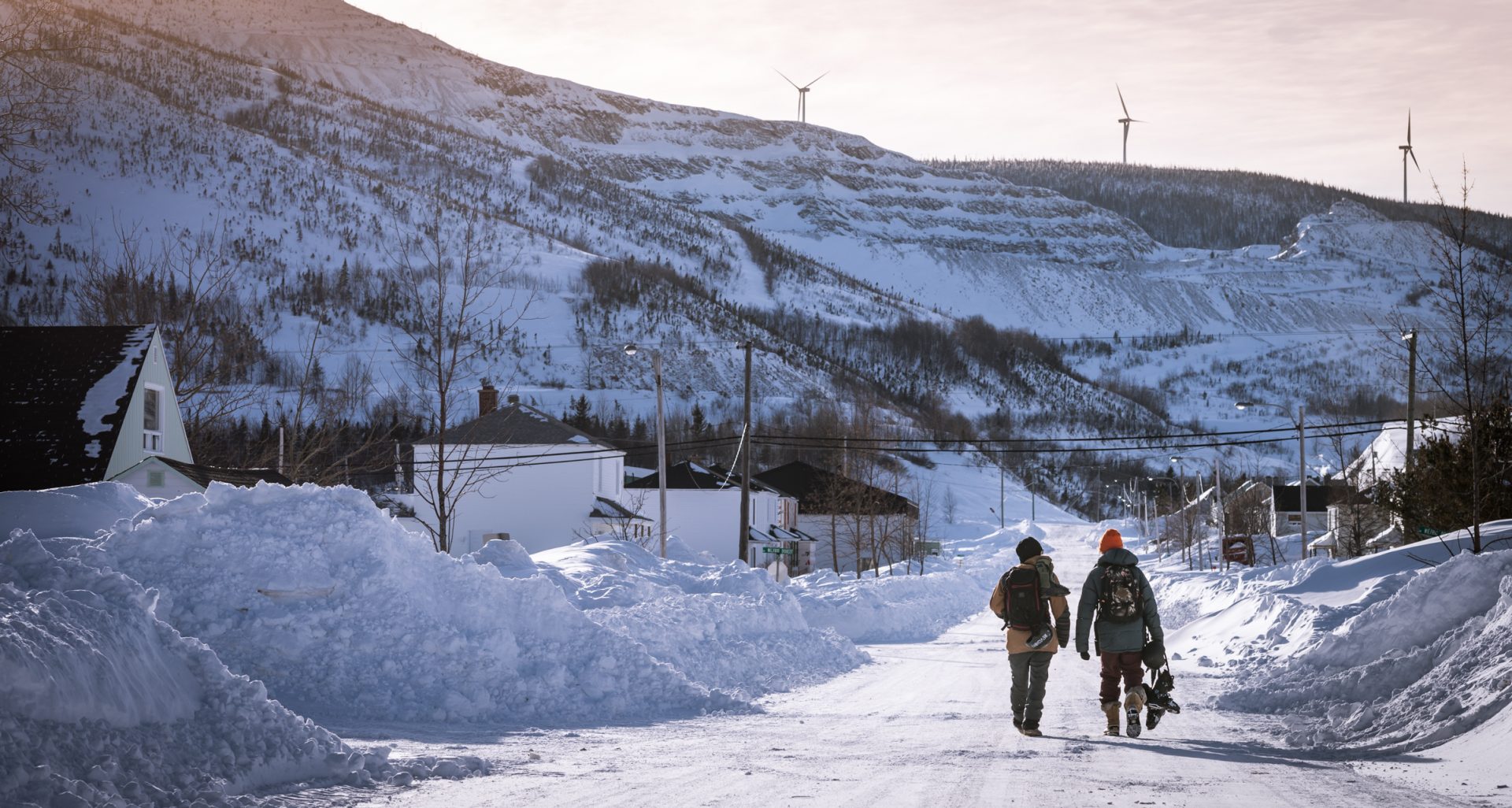 At the beginning of the 2000s, the only mountain exploited and exploitable for snow sports lovers was Mount Miller. Guillaume and Éloïse therefore decided to put all their energy into trying to rejuvenate the place.

“We wanted to make the under-exploited ski mountain functional, says Guillaume. The mountain wasn’t open in December, there was no maintenance, no development, the infrastructures were outdated, so it wasn’t going anywhere.”

Except that quickly, the two lovebirds realized that they were disturbing.

“At first, we were involved in organizations as volunteers but we got squeezed out because we were too dynamic and couldn’t accept the status quo. It created a gap between those who were there before and who had accepted their situation and us who came in with our will to improve it.”

It was then that Guillaume and Éloïse decided to found their own organization. For them, it was out of the question to let this recreational tourism potential sleep. In any case, Mount Miller was not the only mountain of the Chic-Chocs, far from it.

“When we were shown the door, while we were making volunteer efforts, we told ourselves that we would have to create our own organization to have the impact we wanted.”

The couple targeted the other mountains bordering Murdochville.

“We decided to start developing our own ski areas, says Guillaume. In collaboration with locals, we created the COOP Accès Chic Chocs whose objective was to develop ski areas in the Gaspésie. We implanted our first one, which was Mount Porphyre, then Mount Lyall and Mount York, which became an exclusive mountain at Chic Chac.” 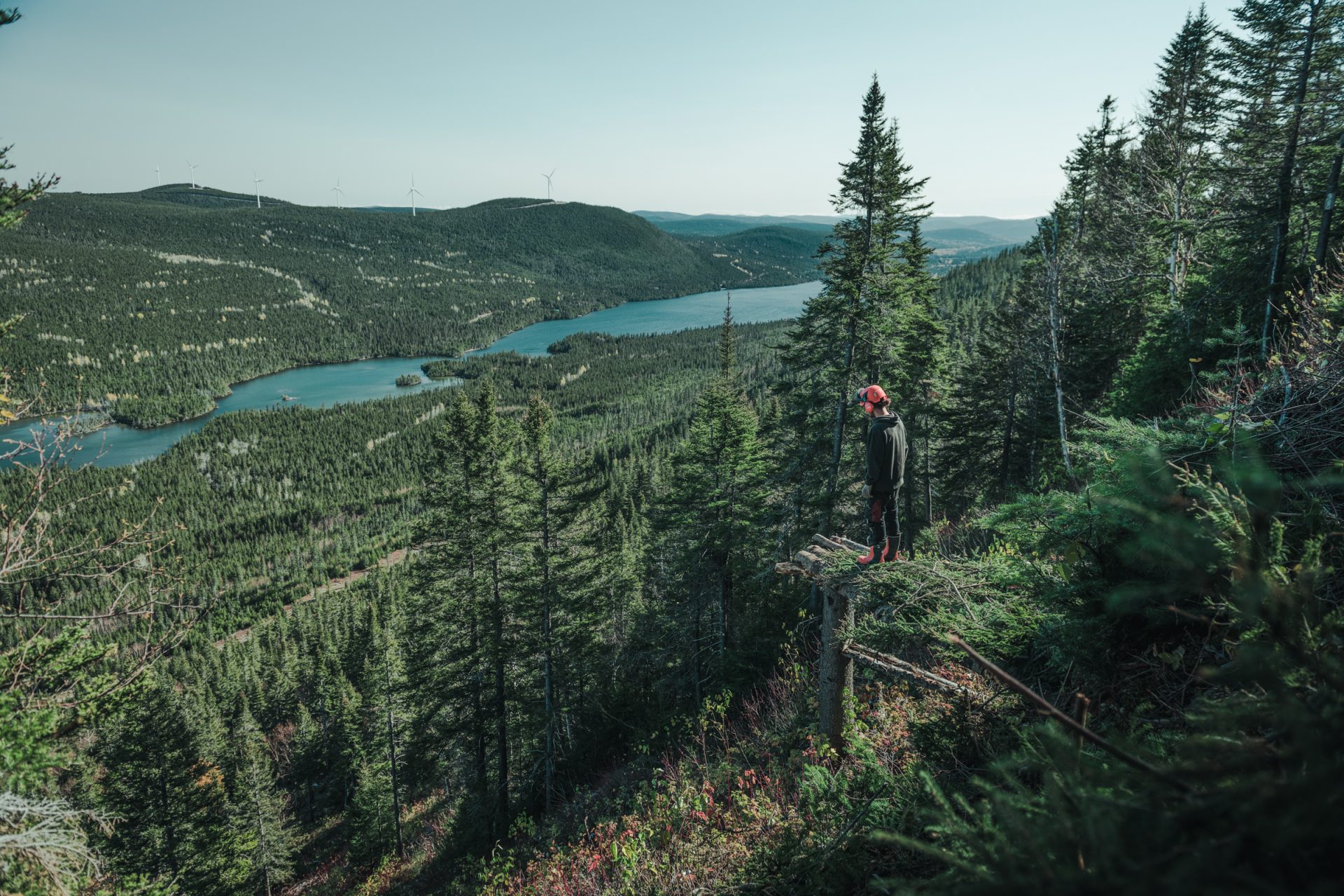 The birth of Chic Chac

While Mount Miller was intended for everyday skiers and snowboarders, the other areas developed by the COOP were aimed more at adventure and backcountry enthusiasts. By virtue of his training as a guide, Guillaume was able to use his knowledge of the region, his love of the outdoors and his desire to bring Murdochville back to life.

The couple bought a duplex for a pittance, about $6000, to accommodate occasional guests. Then the two lovers joined forces with other owners to welcome even more outdoor enthusiasts. The recipe was simple: they welcomed tourists, gave them the experience of the Chic-chocs, then word of mouth did the rest.

“We have been able to grow without money by creating relationships with other building owners in Murdochville to increase our capacity. At the beginning, it was essentially housed/nourished. As my expertise was guiding, we added that to the service offer.”

Business took off, and Mount Porphyre, Mount Lyall and Mount York were significantly more visited by tourists than Mount Miller.

“We realized that Mt. Miller was still not following the parade and it was starting to become important to acquire it. We fought for several years to convince the municipality to trust us to develop this ski resort.”

After a long road, they finally managed to acquire the mountain and the turnover tripled the same year. Shortly after acquiring Mount Miller, Guillaume and Éloïse bought the campground and outdoor base on York Lake.

“It allowed us to offer year-round jobs to our staff and to keep the young people with us in Murdochville all year round. So it wasn’t just a winter destination anymore. It became a place where you could live year-round thanks to the recreational tourism industry.” 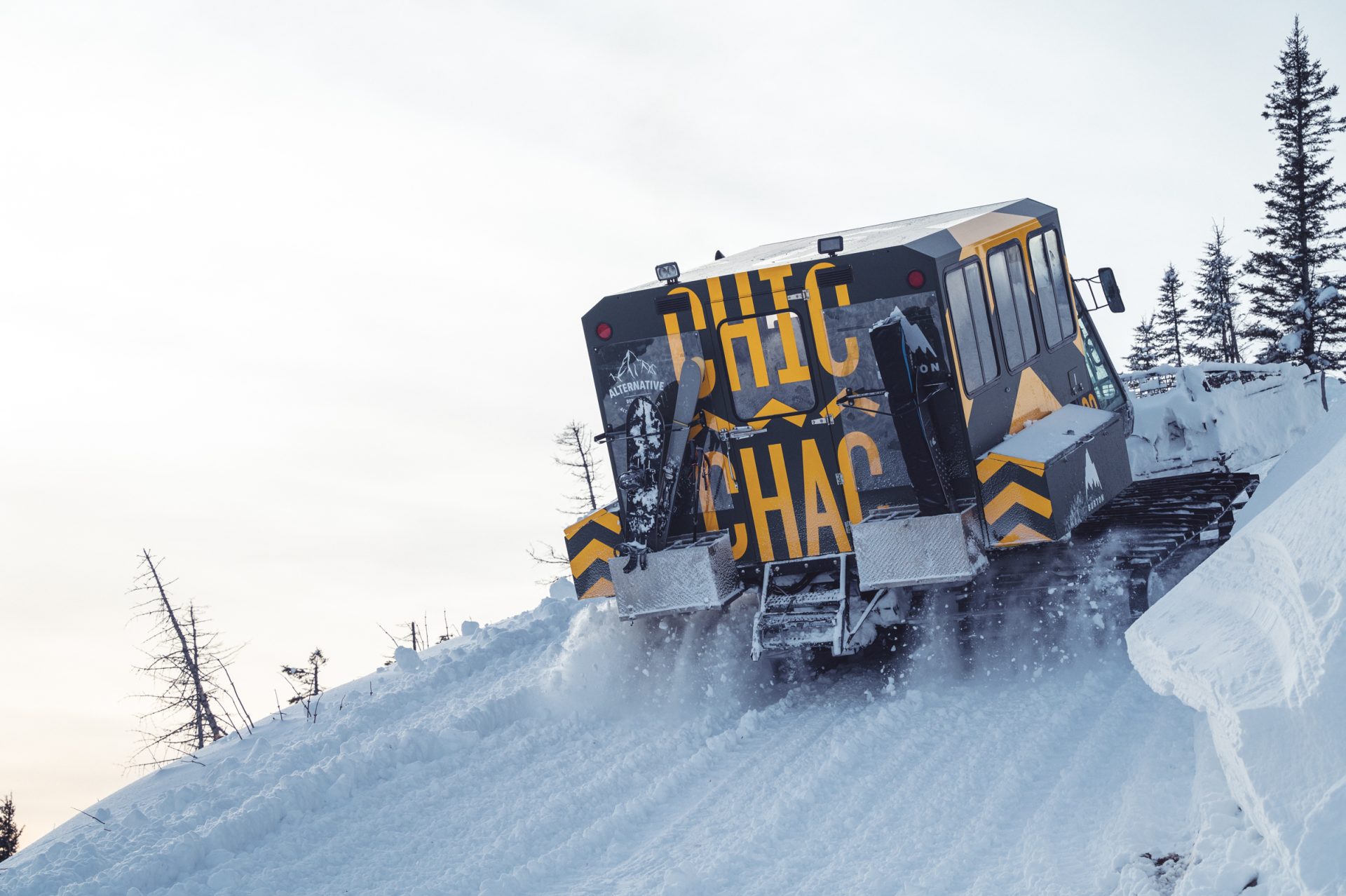 Recreational tourism: the savior of Murdochville

Even if the road has been long and arduous, Guillaume and Éloïse are almost there. Murdochville is more and more visited by those thirsty for adventure and the outdoors, but now the nomads have to be converted.

Guillaume highlights the efforts of the provincial government, which has opened an SAAQ call center in Murdochville and invested in wind turbines to reinvigorate the local economy. But recreational tourism remains the key, according to the CEO of Chic Chac.

“The irony of Murdochville is that it’s gone from a former mine to a national park. There is much less environmental impact in creating recreational tourism than there is in creating industrial opportunities. I want to make Murdochville an example of economic, social and cultural development. I want it to be the capital of adventure tourism in Quebec.”

“We want to offer attractive jobs in all departments and build a strong community in Murdochville.”

After having had to convince the refractory members of the viability of their project, Éloïse and Guillaume feel that the wind is changing and that the community is ready to welcome new citizens.

“Now, people believe that tourism, rafting, skiing, cycling, can be a financial engine strong enough to generate jobs and convince people to come and live here. All the infrastructures are already here: we have a hospital around the corner, an arena, an elementary school, a high school, we have everything.” 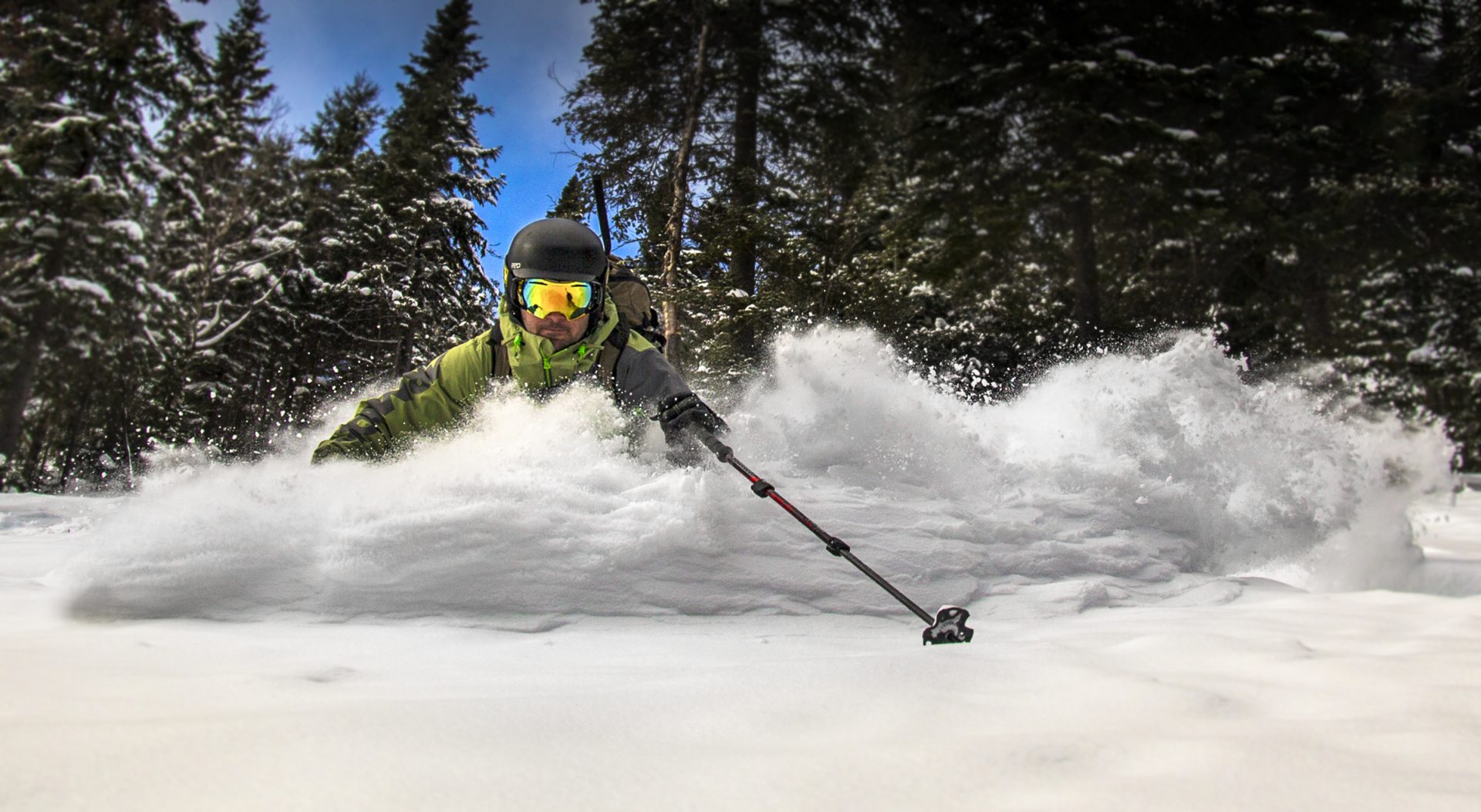 All the elements are there to make Murdochville an ideal base camp for outdoor enthusiasts. And if one day this small town becomes the recreational and tourist center par excellence of Quebec, it will be necessary to remember that all this was not done in an organic way. As the famous saying goes: “Murdochville was not built in a day.”