For several months now, Burton has been working on an ambitious project in the Chic-Chocs region of the Gaspé Peninsula. Experienced Quebec snowboarders are clearing an unexplored mountain to create a completely new backcountry trail.

For the occasion, JACKALOPE.tv and Burton have called upon experienced snowboarders, but also on a real expert in the field. Who would have thought that Murdochville would become such an interesting playground for these snowboarders?

Originally from St-Sauveur on the North Shore of Montreal, Zach is a passionate snowboarder who competes both locally and internationally.

His career has allowed him to travel to many places, from Sweden to the United States to Japan where he won the Burton Rail Days in 2014. He has also explored every corner of Canada and Quebec.

A great lover of the mountains, Zach spent all his summers, from the age of 14 to 24, in Whistler, British Columbia. He also participated in a show on Ztélé, Les Riders, with his good friends Frank April, Anto Chamberland, Keassy Patenaude and Seb Toutant.

With a bachelor’s degree from Concordia University in International Business, the Sauverois now concentrates on sales for the manufacturer Burton Canada. His involvement in the snowboarding community is undeniable, in addition to having been a judge at the IF3 on several occasions. Although he ended his competitive career in 2016, Zach remains active.

He is doing us a huge favour by coming back in force for the shooting of the snowboarding movie: Dreamline.

Antonin spent his childhood and adolescence on the slopes of Montjoye.

But he made his first runs on skis at the age of seven, while he was skateboarding in the summer. At the age of eleven, he chose to trade skis for a snowboard thanks to the influence of his cousin. After all, snowboarding was very close to his other passion, skateboarding.

The Sherbrooke resident had the help of his father who offered him lessons to develop his skills more quickly. A fortuitous decision, since the snowboarder was noticed by his first sponsor: the mythical snowboard store: Illusion Board Shop.

Influenced by his love of skateboarding, Anto Chamberland turned to street snowboarding, where he started participating in rail contests to pay for fire school. His great performances led him to receive invitations to shoot movies. These films helped him acquire sponsors, which in turn helped him get more filming opportunities. In short, things moved very quickly and the snowboarder ended up at the X Games.

Chamberland filmed with the Shredbots team and made it to the podium in the Canadian Stairmaster video contest. Like most Quebecers who have made snowboarding their career, he moved to Western Canada at an early age to hone his skills.

Trained as a firefighter, his impeccable work ethic has helped him get his career off to a good start and has attracted many renowned sponsors: Rome, Rockstar Energy Drink, DC, UNION–STANCE–MIZU–ALTERNATIVE–NIXON. In 2017, he won silver for his X Games Real Snow with Mat Gybo. He did it again in 2019.

Originally from the Eastern Townships, Frederic learned to snowboard at Mont-Orford at the age of 7. He followed the provincial competition circuit for almost 10 years, during which time he produced several shares with the Nowamean production. Today, Frédéric is more focused on all mountain and splitboard. For the past 2 years, he has been a partner of the Illusion Boardshop and he organizes the splitboard festival ”Splitfest” in the Eastern Townships. His passion for snowboarding continues to grow year after year.

Snowboarder since the age of 12, Mylaine has fallen in love with the glades… and more particularly backcountry-touring. Her love affair is not strong enough, since by her own admission, backcountry has become a real addiction for her who does between 75 and 100 outings a year. 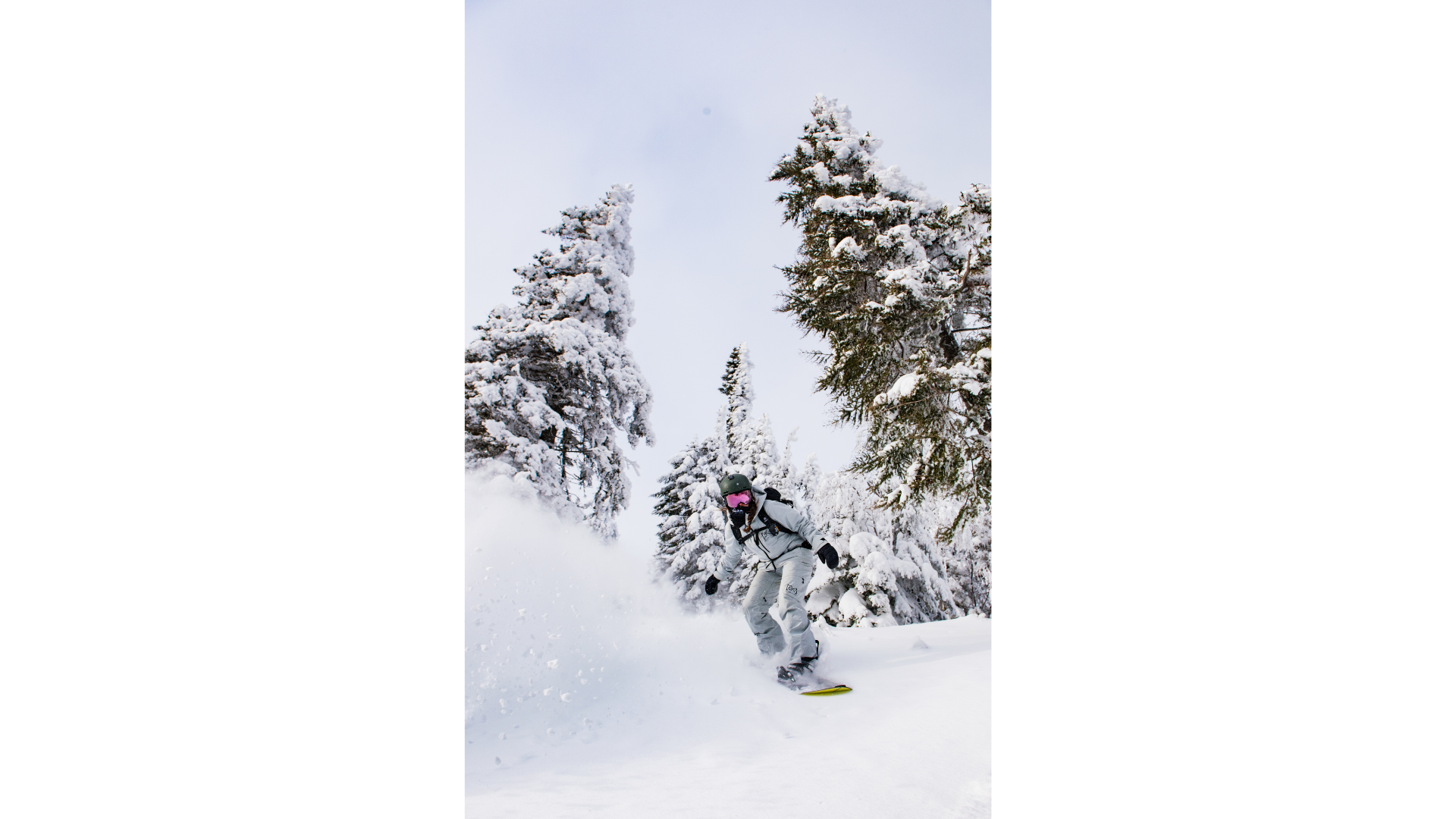 Murdochville rises from its ashes
Read this Article now
Previous Article Next Article
© Tribu Expérientiel 2021.
All rights reserved.
Jackalope
Close
This website uses cookies. By using our website you agree to our Cookie Policy.I Understand