Breakdancing at the Olympics : a mixed reception in the community

Breakdance is not an underground, urban or artistic activity anymore. Well, it still is… but it is also a new Olympic discipline. A news that may seem great, but it hasn’t only been greeted with cheers in the breakdance community. Skateboarders and surfers reacted pretty much the same way when they learned their sport had made its way to the olympics.

“Just don’t think of the Olympics as the culmination of breakdancing as we know it, because it’s an art form first.”

Leo Caron, better known as “Fléau”, is one of Canada’s top b-boy artists. His crew, Sweet Technique, is ranked 12th in the world by BBoyRankingz. In 2024, it would not be surprising to see him compete for gold for Canada at the Olympic Games in Paris.

As one of the most recognized faces of breakdance in the country, Fléau has been following the news about the inclusion of his discipline at the Games very closely, but as an insider, he knows very well that the opinion of the dancers is mixed.

“It’s mixed because the fact that it’s becoming an official sport forces us to put our art in boxes and that’s something very hard to do.  The general idea in the world of breakdancing (of the Olympics) has always been negative. A lot of people think that it’s commercial, that it’s going to hurt the art and hurt the essence of breaking.”

But when the breakdance presence at the Olympic Games was made official, many tempered their opinions.

“It’s not something that excites me, but the positive thing I see is the opportunities for local artists to get money, for b-boys to get some benefits at the government level or the creation of coaching jobs for example. If it brings a positive financial benefit, that’s not a bad thing.”

The bad part, according to Fléau, is the judging system in big competitions. Since most b-boys see themselves as artists before athletes, some are afraid that athletics will supplant art.

“To be able to sell and present our thing at the Olympics, you’re going to have to dissect breaking and it will become superficially objective. It’s a more structured and framed way of looking at our dance and how the artists perform will be affected. The dancers will focus on winning, scoring, pleasing the judges, being in shape, but there may be some other more personal aspects that will be neglected.”

Inevitably, the presentation of this discipline in an Olympic setting will attract many curious people and shed a lot of light on an art that has been practiced mostly in the shadows until now. This means that the people currently involved could eventually benefit financially from this rise. When you talk to Fléau about it, you realize that he wants to protect his art above all.

“I’m able to recognize good things, but it’s not going to bring anything more than people and money. If you pay me, I’m very happy, but the contribution is limited at the artistic level. Breaking requires a lot of devotion. Maybe it’ll attract a lot of people who won’t take it so seriously.” 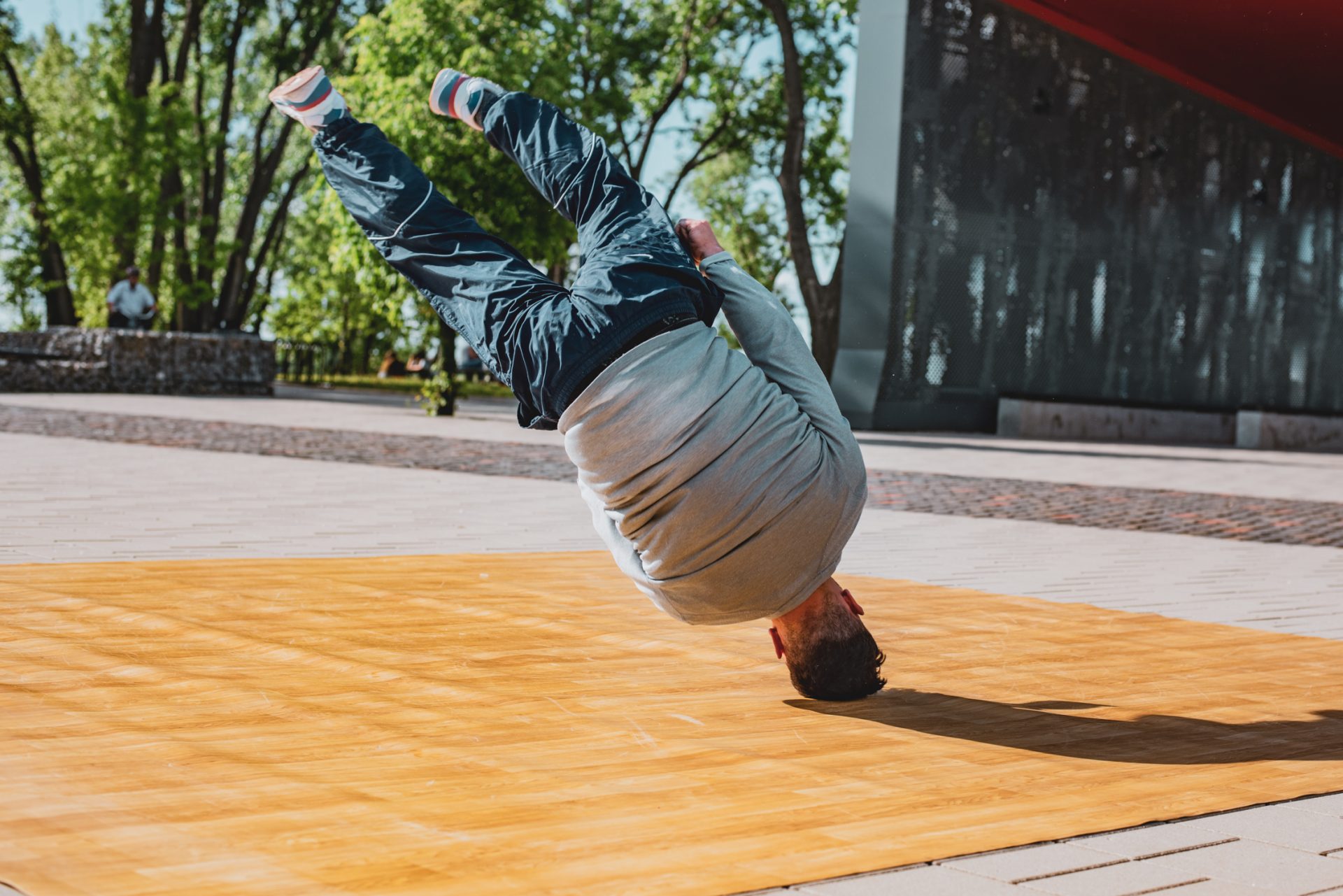 Four years remain before the event and the process of selecting the artist-athletes who will take part in the Olympic Games is still in its first steps. But Fléau thinks Montreal will surely be well represented.

“In Canada, Montreal is truly recognized because there is a different vibe here. People come to our events every year because the dancers are very original, they have good improvisational skills, the atmosphere at the events here is incredible, the emphasis is more on style than technique.”

According to the Montreal b-boy, this may be the reason why the presence of breakdance at the Olympics has not only made people happy in Canada.

“Here, our strength is freestyle, originality, form, style… rather than acrobatics. I’ll never be able to lie to myself by promoting breaking at the Olympics.”

But if Fléau and his crew get a chance to perform at the Olympics, you can be certain they’ll represent us with flair and style.

Breaking isn’t the only sport that’ll have its baptism of fire at the Olympics… skateboarding too. Don’t miss our blog about the five young Quebec skaters to follow, right here.

Five tons of waste taken out of the St. Lawrence River
Read this Article now
Previous Article Next Article
© Tribu Expérientiel 2020.
All rights reserved.
Jackalope
Close
This website uses cookies. By using our website you agree to our Cookie Policy.I Understand