Over the last decade, Brazil has become one of the richest countries in terms of young talented skaters. Luan Oliveira is probably the first name that comes to mind when talking about skateboarding in Brazil… but he is not alone, far from it.

Luan Oliveira, Pedro Barros, Leticia Bufoni and Kelvin Hoefler are among the most famous skaters in the world. The first is a Street League legend, having won the competition twice. He is also the first skater to have won the Tampa Pro-Am twice. Hoefler is one of the best skaters on the planet, as evidenced by his victory at the X Games in Norway in 2018.

Barros is also legendary, but especially in transitions. He was a big hit at the Vans Park Series in Montreal last year.

We could name half a dozen other Brazilian skaters who have left an indelible mark in the imagination of fans in recent years, but let’s focus on 5 young athletes who are the future of the country.

Difficult to describe Rayssa Leal otherwise than by the word PRODIGY. At 12 years old, Leal is not only good for a girl… she is exceptional for any skater.

Last year, The Berrics made this micro-documentary to sum up Rayssa’s meteoric rise.

Imagine, because of her age, her mother manages her Instagram account… but Rayssa allows herself to kickflip down a set of 10 stairs.

This young athlete from Imperatriz is completely revolutionizing the sport and she will certainly allow thousands of girls to push their limits.

Even though she’s just a kid, Rayssa already competes with grown women in contests. In 2019, she finished 2nd at Street League Sao Paulo, 4th at the X Games in Norway… and she won the damn Street League in Los Angeles. She’s just amazing.

The only skateboarder more decorated in 2019 is 9 years her senior. And she is the next one in this list.

Pamela Rosa has no more room to store her medals.

On the Nike SB team, Pamela Rosa skates as if her life depended on it. She is not afraid of big gaps or handrails.

Originally from São José dos Campos, Pamela Rosa is represented by Fatto, a sports agency specializing in the representation of professional soccer players. She is now bigger than her sport. Her future is bright.

If you came to JACKALOPE in 2019, you can’t have forgotten Lucas Rabelo. The skater from Fortarleza was phenomenal and he won the street contest with spectacular runs.

Rabelo obviously enjoys his visits to Montreal, as he had also won the Empire Am Getting Paid the year before.

2019 foi demais. Sou grato por tudo que aconteceu!! Obrigado a todos que fizeram esse ano incrível. Que 2020 seja muito melhor para todos nós. Muito amor ❤️ 2019 was litttt! thanks to everyone who made every second of this year better! I hope 2020 is much better than 2019 for everyone. 🙏🏼💛

But beyond his contest performances, it is his athletic style and the speed with which he skates that sets Lucas Rabelo apart. The 21 year old skateboarder has just received the ultimate distinction… when he was named to the Flip Skateboards PRO team. 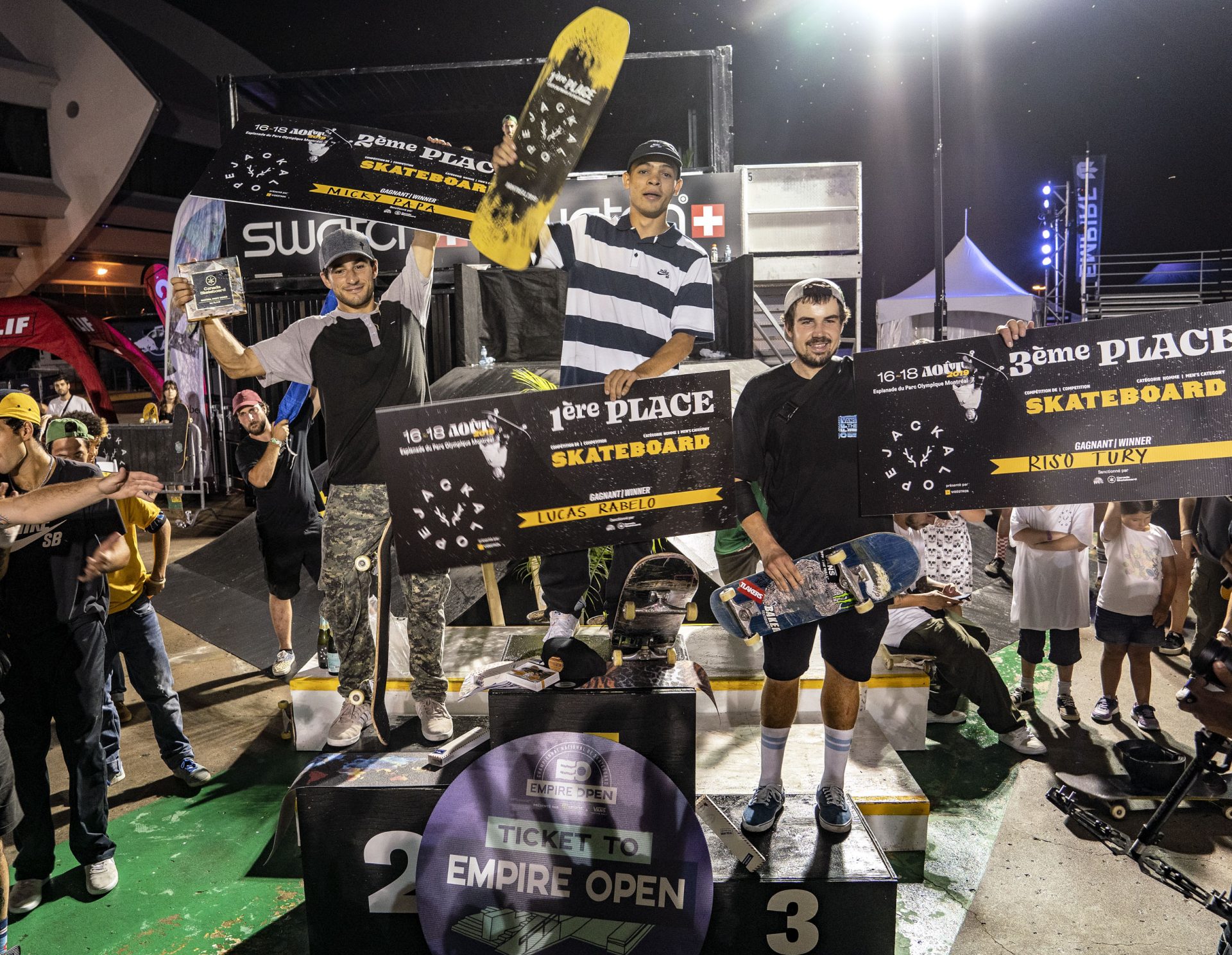 First of all, take a look at the kickflip BS tailslide switch right here.

As you can see, Monteiro is incredibly stylish and everything he does seems extremely easy. The 21-year-old Sao Paulo native uses Instagram at will to the delight of his fans.

In 2019, Monteiro visited Montreal, where he placed 10th in JACKALOPE. Even better, a year before that, he won the competition! 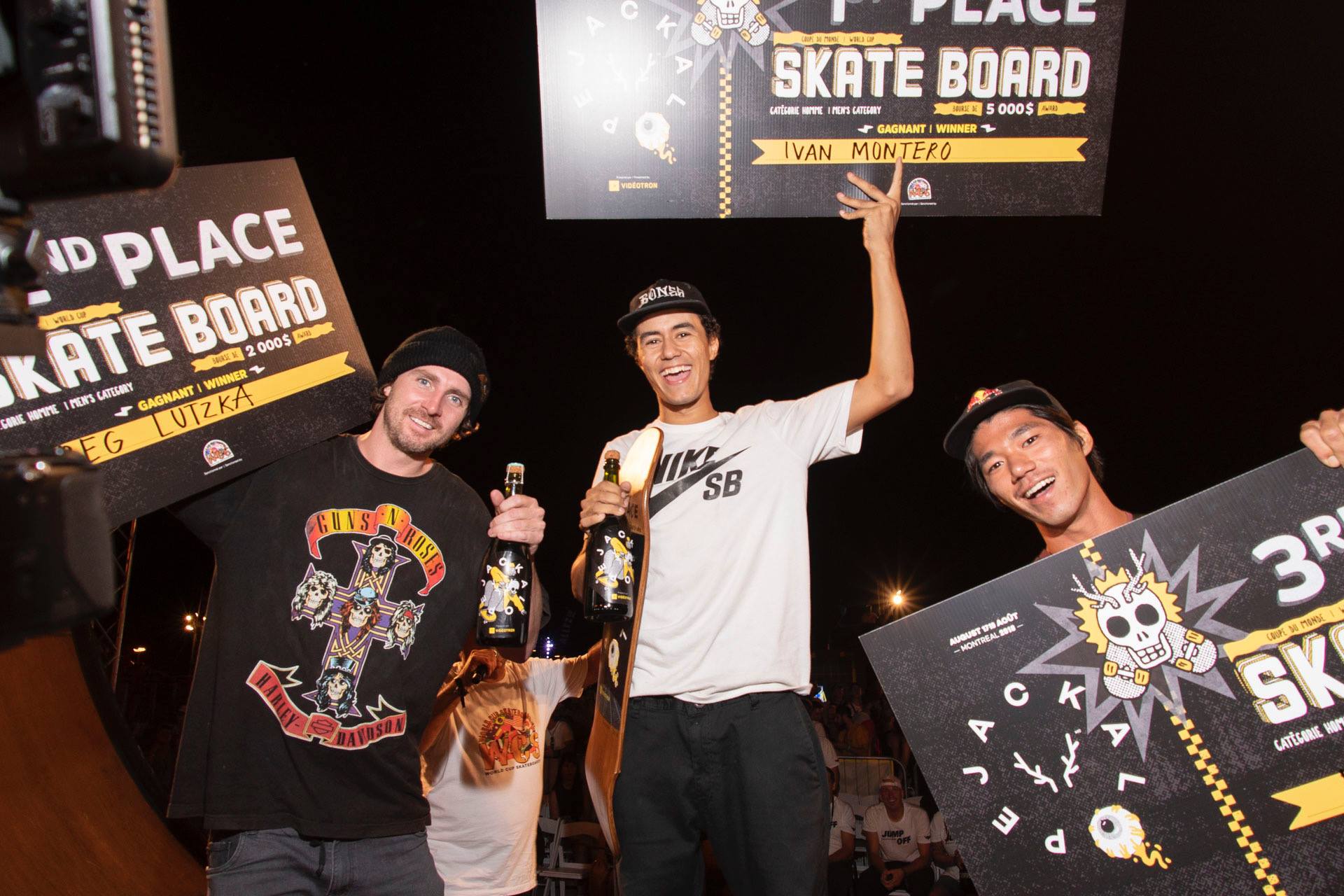 Francisco is a complete skateboarder, ripping just as much in the street than in a pool.

Like his compatriots, the skater from Sao Paulo is not afraid of speed, quite the contrary.

Francisco, 20 year-old, has already set foot in Montreal for the Vans Park Series… and he took the opportunity to demolish the Big O with a few other skaters for Trasher magazine.

These five skaters definitely caught the attention in the last year, but several others also stood out. This list could probably have included about twenty Brazilian skaters 21 years old and under… Giovanni Vianna, Isadora Pacheco, Dora Varella, etc…

JACKALOPE will certainly do this exercise again for other countries in the coming weeks. If you don’t want to miss anything, subscribe to our Instagram and Facebook pages!

Breakdancing at the Olympics : a mixed reception in the community
Read this Article now
Previous Article Next Article
© Tribu Expérientiel 2020.
All rights reserved.
Jackalope
Close
This website uses cookies. By using our website you agree to our Cookie Policy.I Understand