What are the best spots for skateboarding in Montreal ?

Montreal is a gold mine for skate spots as there are hundreds of them. New ones are getting discovered regularly as much as new ones are getting built. However, the territory to cover is huge so we thought we would help you plan your next session by listing a few of the best spots by their district. Where to skate in Montreal? Which area has the best spots? You will find the answers to that in what follows.

This is where you will find most famous Montreal skate spots. Here is a short list : Peace park, Pointe-à-Callière (PAC), courthouse, Berri square, Viger square, Victoria square, Place-des-arts, convention center, campuses of UQAM, McGill and cégep du Vieux-Montréal. These are the most known but almost every skyscraper has a little plaza made of granite at the bottom so there are so many spots there too. This area is also where you will most likely get kicked out by a security guard so do be caught off guard and keep it classy.

If you like marble then you will stay downtown but if you like concrete and big structures, the other area that comes up is the Olympic stadium and surroundings in Hochelaga. The infamous half pipe or “Big-O” is located there behind the Saputo stadium and receives visitors at all times since the 90’s. Since last year, the Vans Bowl is also one main feature to skate around the Olympic stadium.

The well-known neighbourhood of the Plateau Mont-Royal was the first to allow skateboarding on the bike paths and has many skate spots. One of the biggest skateparc of the province is located under the Van Horne bridge but there is also the famous spots of the Lafontaine Park such as the obelisk, the gap to ledge, the white alley and even more. Many spots in only one park and yet there is still another park worth visiting. The Mont-Royal park is the famous meet up spot on every sundays for a tam tam session at the George-Etienne Cartier monument so do not try to go skate there on that day of the week nor at the famous belvedere Kondiaronk because it is crowded. The later spot is one of the most photogenic spot in town and whether you want to skate the two sets of stairs or the ledge, it will certainly look good. One cool thing to notice is that if you skate from Lafontaine park to the Mont-Royal park, you will find a few great spots on the Rachel street and St-Laurent so keep an eye open. 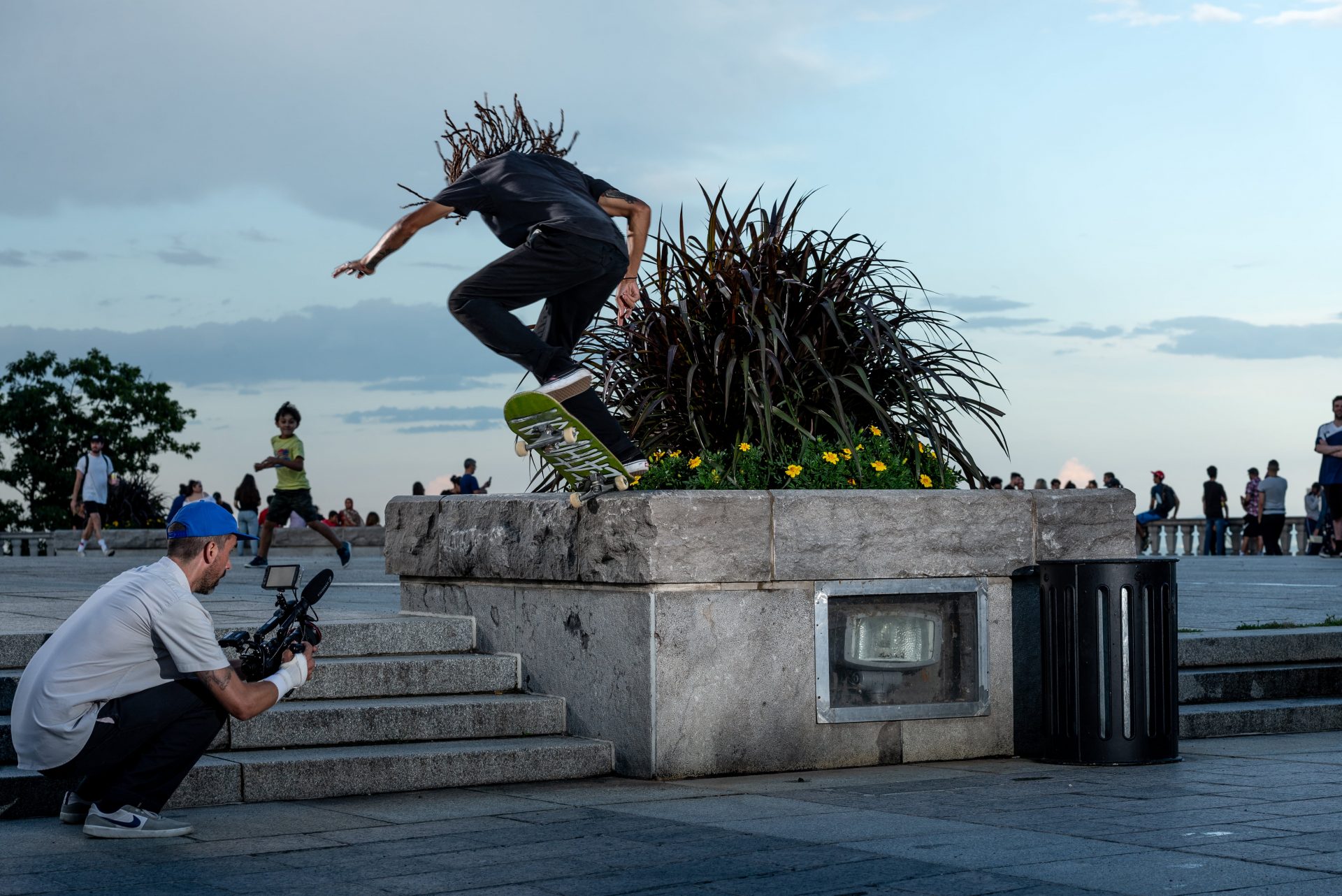 This sector might not be the most popular with skaters but the big size of the borough ensures that you will find a few spots in the schoolyards. The Amos school is one famous one where a black handrail and a bank have been attracting skaters for more than a decade. We still consider it one of the main area to visit because of the Taz and the DIY Project 45. The indoor park has everything for all levels of skaters but the nature of P45 makes it a little bit different. Since it has been build by experienced skaters, they created their own version of the best skatepark and it is not for beginners so be aware of that if you go there. The P45 is like no other park and no other spot. It is unique and that is why people love it so much.

At the end of the day, no matter where you will skate, the great spots are in the eye of the one that looks so they can be anywhere, especially in Montreal. This little mapping we did is an introduction to a video project that is currently in production and that we cannot wait to show you. Stay tuned for some great footage of skating the city of Montreal.