The F1 of electric skateboarding

Somewhere in a warehouse in Mile-End, Montreal, a small team is revolutionizing the world of electric skateboarding. Formula 1 skateboarding is conceived here, in almost complete anonymity.

At the edge of his seat, a Frank & Oak coffee in hand, Alexandre Archambault talks about his project with the excitement of a kid at Christmas. When he tells us his story, he does it with a contagious passion in his voice. Yet, two years ago, the lawyer by training was miserable, by his own admission. His big salary and benefits were a drag.

For years, while wearing a jacket and tie, Alexandre dreamed of freedom. This eternal teenager was clearly out of place in a law firm.

“My daily life was sometimes dreadful. When I read a contract, I would zone out. I thought, “How am I going to do that with my life? I’ve always been the black sheep. I would do my business, bring cash to the firm, and then they would leave me alone. “

He has therefore tried his hand at entrepreneurship a few times, first by creating a postal application and then by launching a startup in collaboration with cardiologists. Failures that today are only distant memories… or useful lessons.

“I learned a lot of business, but I wasn’t really passionate about it… I just wanted to get out of the firm.”

When he couldn’t make it, Alexandre decided, in 2017, that he wanted to commute between his home on the Plateau Mont-Royal and his firm on an electric skateboard.

As he starts shopping around for an electric skateboard, the technical problems encountered by some clients cool him down.

“At that time, there were problems. The wheels were disgusting and there were problems with the connection between the handheld remote control and the board.” So he decides to build his own electric skateboard with which he will be able to go faster, longer. 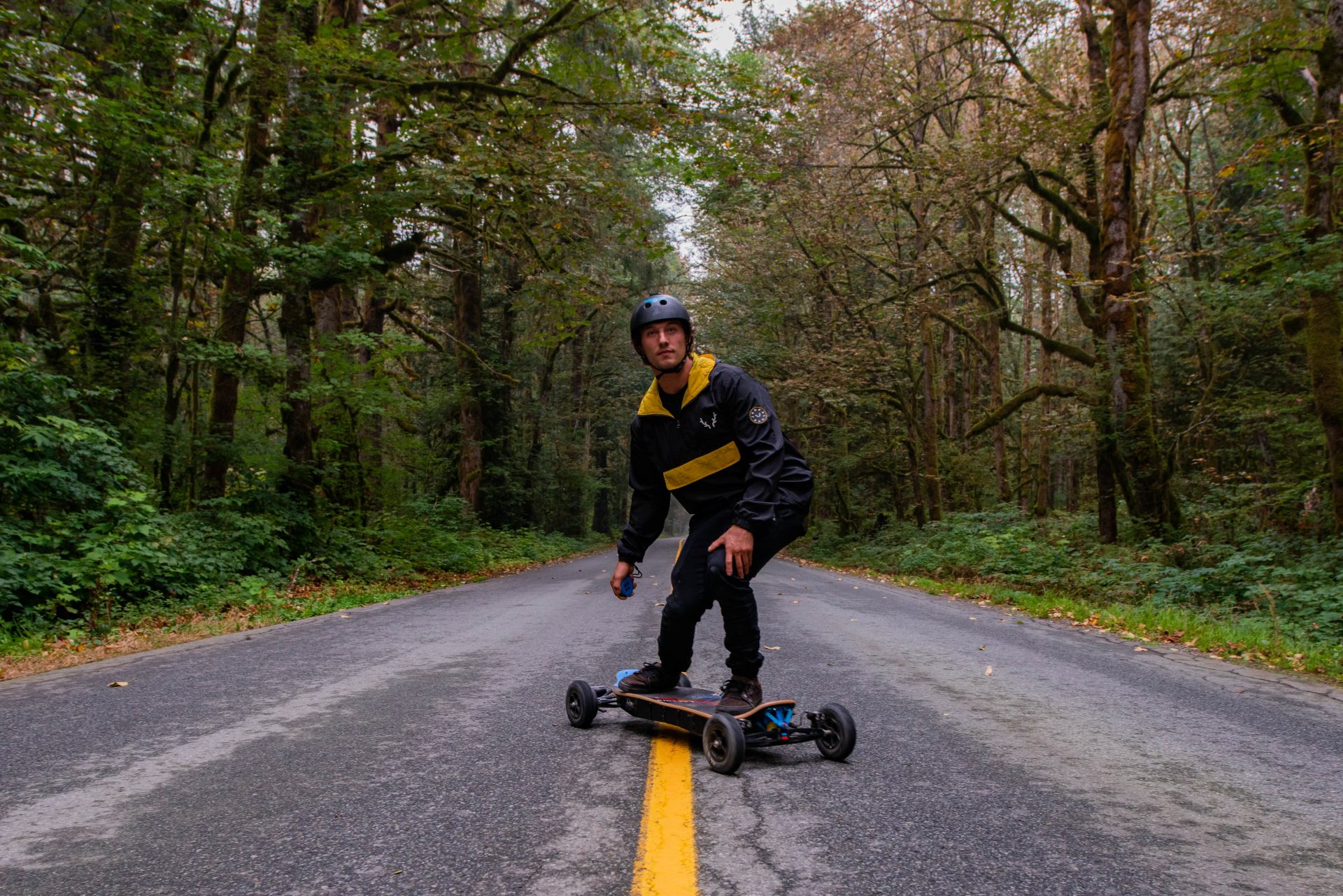 “So I started checking on the internet and I came across a DIY community. Engineers from all over the world who are giving themselves tips on how to build electric skateboards with existing parts.”

Those boards were much more reliable than the production ones you can buy off the shelf.

On this forum, he meets an engineer from Montreal who wants to give him a hand. So Alexandre starts visiting him regularly in his apartment in the Hochelaga-Maisonneuve district. This engineer, Charles, has somehow become Alexandre’s Steve Wozniak. Together, they built the first version in 2017.

“I paid him in beers,” says Alexandre, laughing. “Each time, I’d arrive at his place with a 12-pack, and then we’d do it in the evening and on weekends. For two months.”

Quickly, Alex attracts attention. The lawyer comes to the office with what he affectionately calls the “Frankenstein” version of his skateboard, made from a landkite board.

“I’ve always been the weird lawyer, but this time it was just as if I’d brought it a notch above. I had a charger at my job, I was taking big detours because I wanted to enjoy my board. It took me 45 minutes to ride from the Plateau to the Old Port while in a straight line it takes 4 minutes. It was just too much fun.”

“On the way to the office with the first board mounted, people would stop me and ask me where I had bought it. Some people were telling me, ‘I’ll buy it from you right now, I’ll give you $3,000!”

But at that point, the lawyer has no intention of selling his baby. He is simply addicted. His brother, at first jealous that he wasn’t involved, builds one in his turn so he can accompany Alex on the streets.

“You could go up hills in Westmount, it was really fun,” says Alex, his eyes round like marbles. “Your brain, it flips when you go up a hill at first because you’re used to going down… but then, carving uphill is something your brain takes a long time to figure out. Still get goosebumps!!”

It is in the quiet streets of Montreal’s suburbs, often in the middle of the night, that Alex and his brother Patrick have tested their limits in recent years. But before building (and selling) their dream board, they tested several prototypes. One of the things they wanted to improve before they were really satisfied was the board, i.e. the wood deck.

Eventually, they went to the Zenit longboard company to have the perfect board made that would end up on the rest of the machine. Lacroix started selling his model on the DIY forum so that other enthusiasts could add their own engine, wheels, trucks and other parts. They presold 25 of them in record time in March 2018.

Then demand grew and Alex started selling a complete board. Then a second one… then in July, he left his law firm to focus 100% on HIS project. Two years later, Alex, Charles and a few other enthusiasts are working in a space in the Mile-End district where they push the limits of their own imagination.

“Two years ago, I was dreaming of making a fast board,” explains Alex. I built the board of my dreams! But 2 years ago, I wasn’t even dreaming about that. Our new boards are insane, they make no sense!”

Anyone who dares to ride a Lacroix skateboard today understands immediately that he or she is riding a machine with amazing power. With a handheld controller, it operates in a similar way to a remote-controlled car. Except that the remote-controlled car that could carry a 200-pound human body at 70 km/h up Mount Royal does not yet exist. The Lacroix skateboard does exist.

“The rider is the limit,” says Alex Archambault. “If you want, you can go very fast, but you have to know your own limits. On my side, I have to make sure the board is the safest possible. The risk of injury must be as low as possible. And when it happens, it must be the rider’s fault, not the board’s failure.”

Today, Lacroix Boards is revolutionizing the world of electric skateboards. Since competition is scarce, Alex and his team can’t rely on others to improve their product. But clearly, customer satisfaction is high, as Lacroix receives tons of requests and hasn’t advertised yet.

Alexandre Archambault dreams of creating a high-speed racing circuit for electric skateboards. It’s no secret that this type of project also makes the whole JACKALOPE team salivate. Who knows… maybe one day.