How to protect the oceans, from Montreal

“Protect what you love”  This is the awareness campaign for the protection of the ocean in a nutshell. The catchphrase was heard many times during the recent ocean week held from June 1st to June 8th. The campaign is celebrated around the world because it is important to change habits, mentality and therefore the way we interact with the ocean. For the occasion, the local organisation named Blue Organization offered a complete programmation with workshops, conferences and a clean up event among other activities.

There is an alternative to being naively optimistic or simply fatalist and it implies getting involved by consuming sustainably and even community engagement. We have a bunch of brand ambassadors and companies supporting the initiative and YETI is one of the brands that takes part in both ways to have a positive impact. After all, we need the ocean but the ocean needs us. 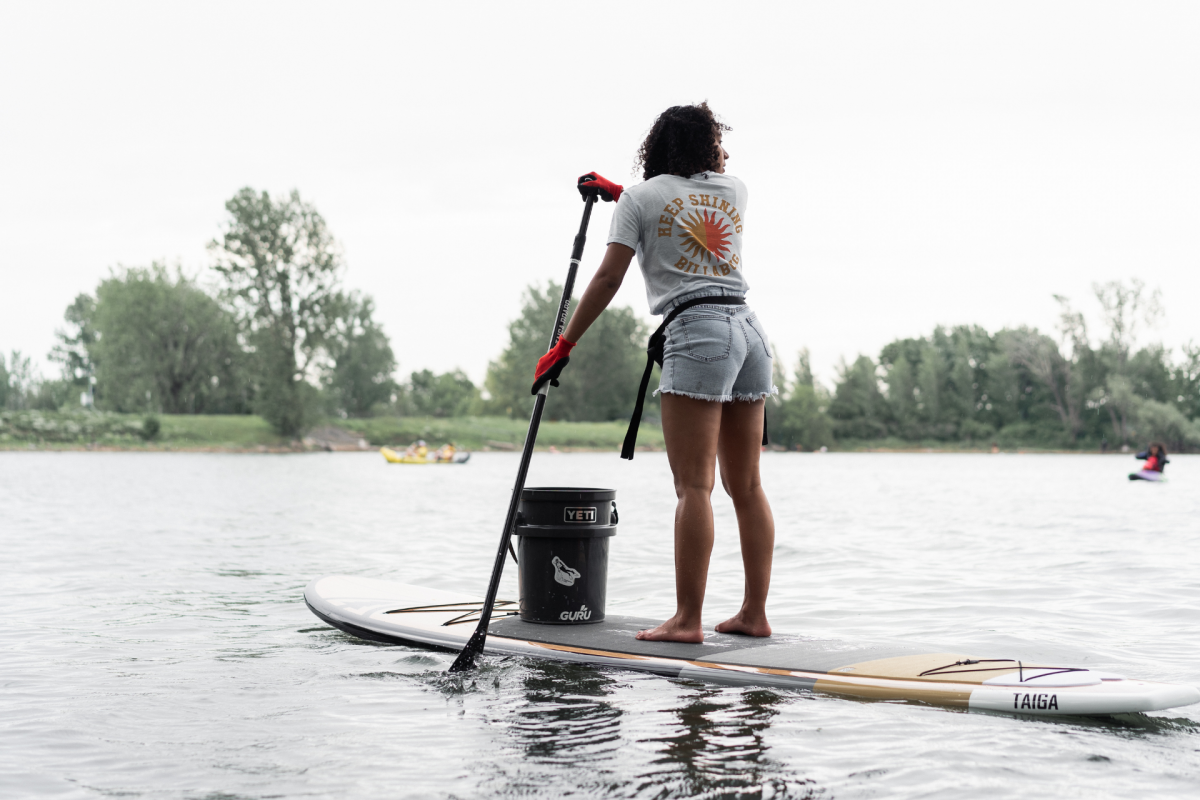 The ocean is there for us

50% of the air we breathe comes from the ocean. That number should help us become more aware of the immense importance of keeping our water clean, whether it is the ocean, a lake or a river. The world ocean covers approximately 70% of the surface of the globe and is filled with phytoplanktons and all sorts of algaes which act as the lungs of the planet. Scientists do understand how we need the ocean to breathe but they do not understand the enormous impact and numerous relationships the ocean has with the rest of the environnement. We do not exactly know how pollution affects the biodiversity of the planet but we can imagine it has a pretty negative impact. American biologists estimate the numbers of living species present in the ocean to be around a thousand billions (including plants, microorganisms and bacterias). Among those species is the 3000 beluga whales who feed and reproduce in the St-Laurent river and they are quite vulnerable so we really need to keep their habitat healthy.

Do you know who else is frequently swimming in this river? We do. There is a healthy river surfers community, SUP boards are everywhere, kayakers and canoe enthusiasts are numerous so for all of them and for all the people who like to swim in the lakes, rivers and ocean we need to wake up before it is too late.

Our impact on the ocean

Our goal is not to trigger eco-anxiety here and we realize that you are probably part of the solution if you take the time to read on the topic but allow us to quantify the gravity of the situation before going further. In Canada, 9% of the plastic is recycled, 4% is incinerated and 86% is going to the landfill (2019). According to a study including 200 countries, Canadians are among the biggest trash producers of the world and even ahead of residents of the United States and China. The Plastic Foundation revealed in 2017 that one million plastic bottles are sold every minute around the world and 93% of these are not recycled. The same source estimated that we would be at 583.3 billions plastic bottles produced per year in 2021. The pronostics also state that the plastic production could have increased by 41% in 2030 if we keep the same cadence. Do not think that Montrealers are less responsible for that because despite our distance to the ocean, 80% of the plastic we find in the ocean comes from rivers that carry the plastic into the oceans. 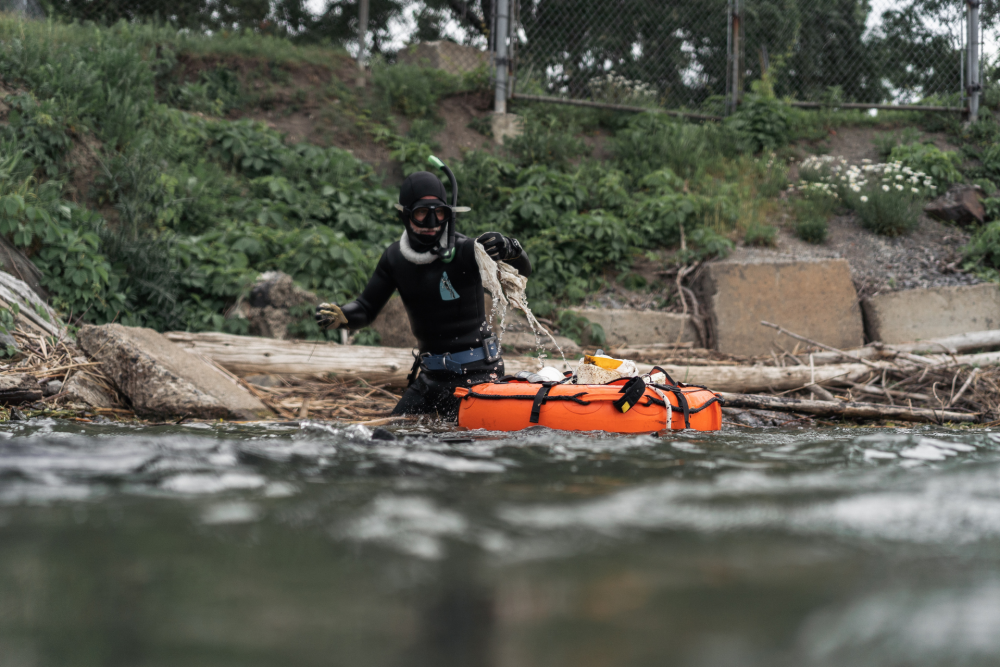 One for All, All for the Ocean

On a beautiful Saturday last June 5th, during ocean week, we joined ambassadors from Blue Organization, YETI, Guru, KSF, Montreal, Taiga and scuba divers from Apneacity and 70 of a total of 166 volunteers on one of the five clean up operation to remove more than 260 kilos of waste in a an area of 200 000 square meters. The majority of the debris were plastic bottles and caps, plastic wrappings, procedure masks, fishing material, cigarette butts and even an infamous orange cone. If you do not own a reusable water bottle, we hope that reading this will underline the positive impact this simple object can have on the environment.

Blue Organization founder Anne-Marie Asselin recently said in an interview: “ Even if you live in Montreal or even further from the St-Laurent river, this waterway is at the very center of our territory and everything ends up there. When a plastic debris touches the water it stays there and it accumulates and travels into the ocean.” Clean up activities may not be organized close to you and you may not be able to join such an activity but you still can have a big impact by sustainably consuming and supporting non profit organisations who do that kind of work and always need the support and donation from all of us. You can also choose companies who do contribute to clean up activities. This is more than a plug, we are genuinely proud to collaborate with a brand like YETI who produces equipment that will last for a lifetime during an era where planned obsolescence is the usual business model. Every action and every dollar you spend can have an impact on the ocean.

A word to the wise

This awareness campaign is the most positive and unifying one can participate in because we all agree about the importance of preserving our ocean. The response toward the clean up activity was overwhelming and the desire of people to make changes in their daily life is impressive. Despite the crushing numbers being thrown at us about the quantity of plastic in the ocean it is possible to be hopeful when we look at the mobilisation to change trajectory. For the ocean and for being a part of what humans can do when they stand united, let’s keep acting responsibly everyday and sharing our love for the ocean because we protect what we love.