City of LEDUC : In small towns, the best spots to shred.

You all know the saying, big things come in small packages? We could easily say the same thing about the City of Leduc in Alberta. Whether it’s skateboarding, paddleboard or tasting the best Caesar in the country Leduc has no secrets for us. 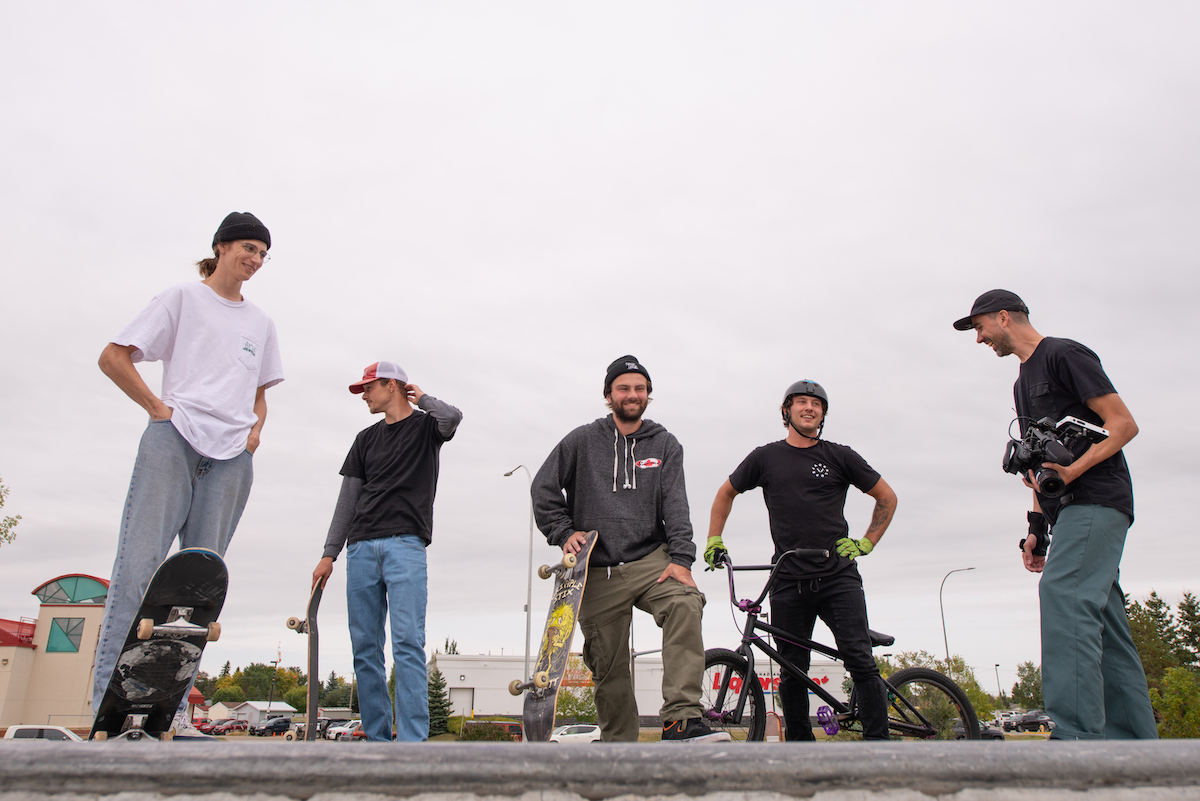 With our 3 local homies Chris, Bailey and Colby we did an incredible sesh at the Leduc skatepark, which has a total surface area of 2,173 m2, enough to make several small local municipalities in Quebec salivate.

There is a bowl section with a total area of 784 m2 (8,438.91 sq. ft.) that includes a spin column and a clamshell. Right next to it is a street section with a total surface of 1,389 m2 which includes a seven-step with a rail, another set of five steps with another rail, a manual pad, a San Francisco ledge, a plaza path, 5 additional rails and to conclude, a fire hydrant …because why not. The guys were on fire, our cameraman JM even took the opportunity to leave his camera for a moment, just to untie his legs. 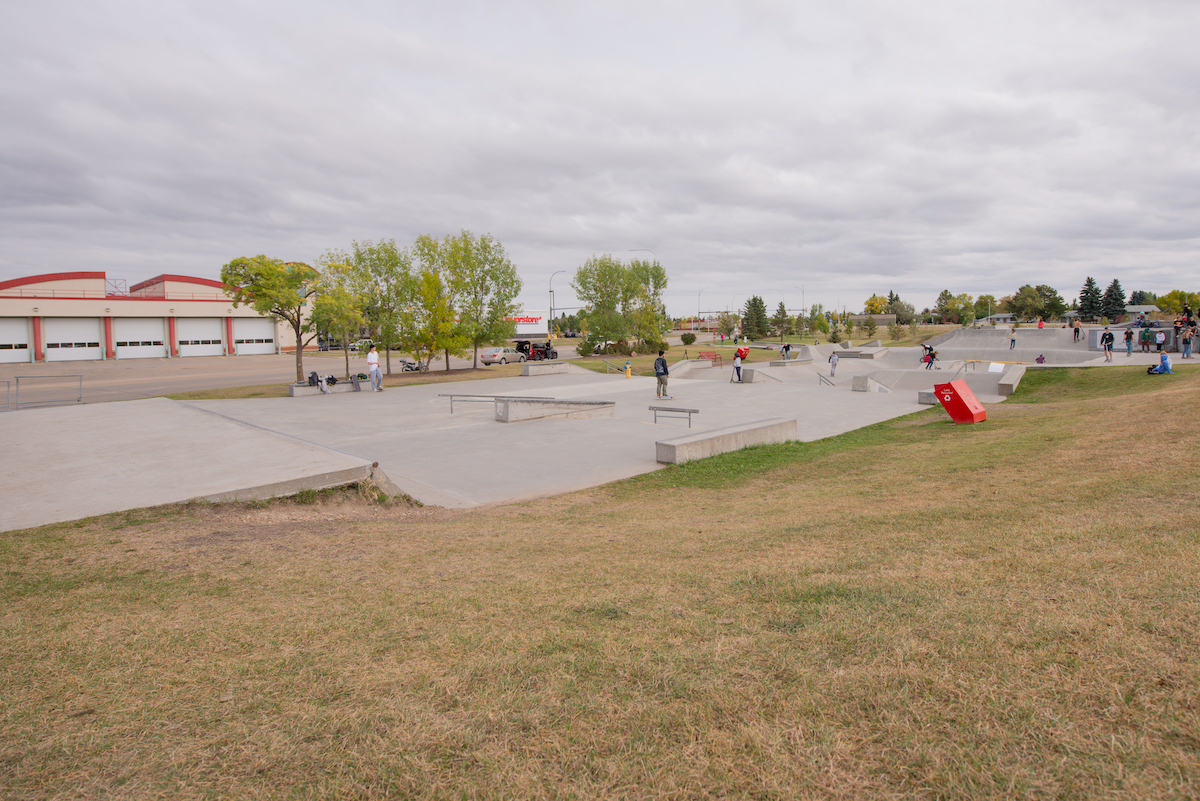 After sweating profusely, a small detour to Telford Lake was necessary. Telford Lake is a popular recreation area adjacent to William F. Lede Park and connected to the multi-way trail system. The Telford Lake Alberta Training Centre is the only centre in Canada to offer: canoeing, canoe polo, dragon boat, kayaking, out-riggers, rowing and stand-up paddle boarding and is the only flat-water venue in the Prairie Provinces with a 2,000m marked course

On site Nathan Wan is there to welcome us with the entire Leduc Boat Club team. We grabbed paddles and boards and hopped on the lake. A few trips in the water reminded us that after all we are in September and that the heat quickly gives way to the cold. Cody and Nathan took part in a few races, but Nathan easily defended his championship title. 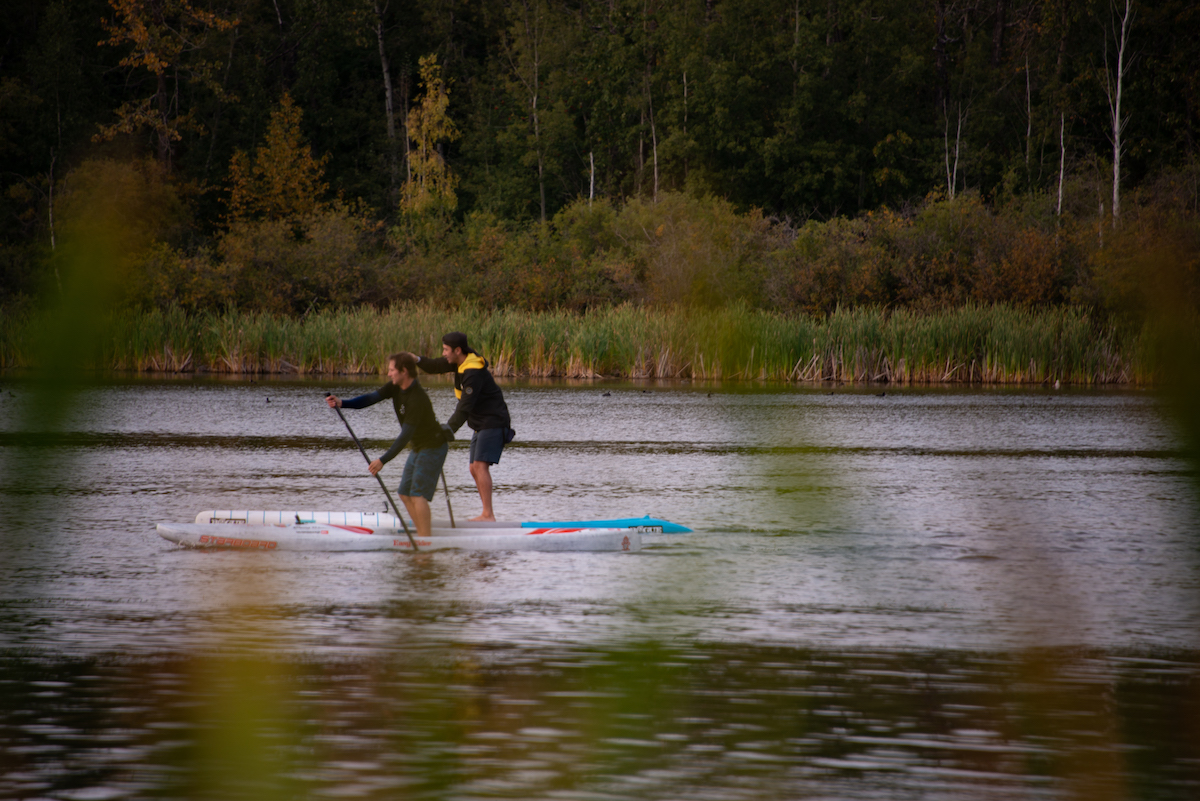 Back on the shore, no choice, we head to the Habaneros Mexican Grill, winner of the best Caesar in the country. Yes, yes, of the country!!! A few fajitas here, two three shooters there, we quickly forgot the cold temperature of the lake. 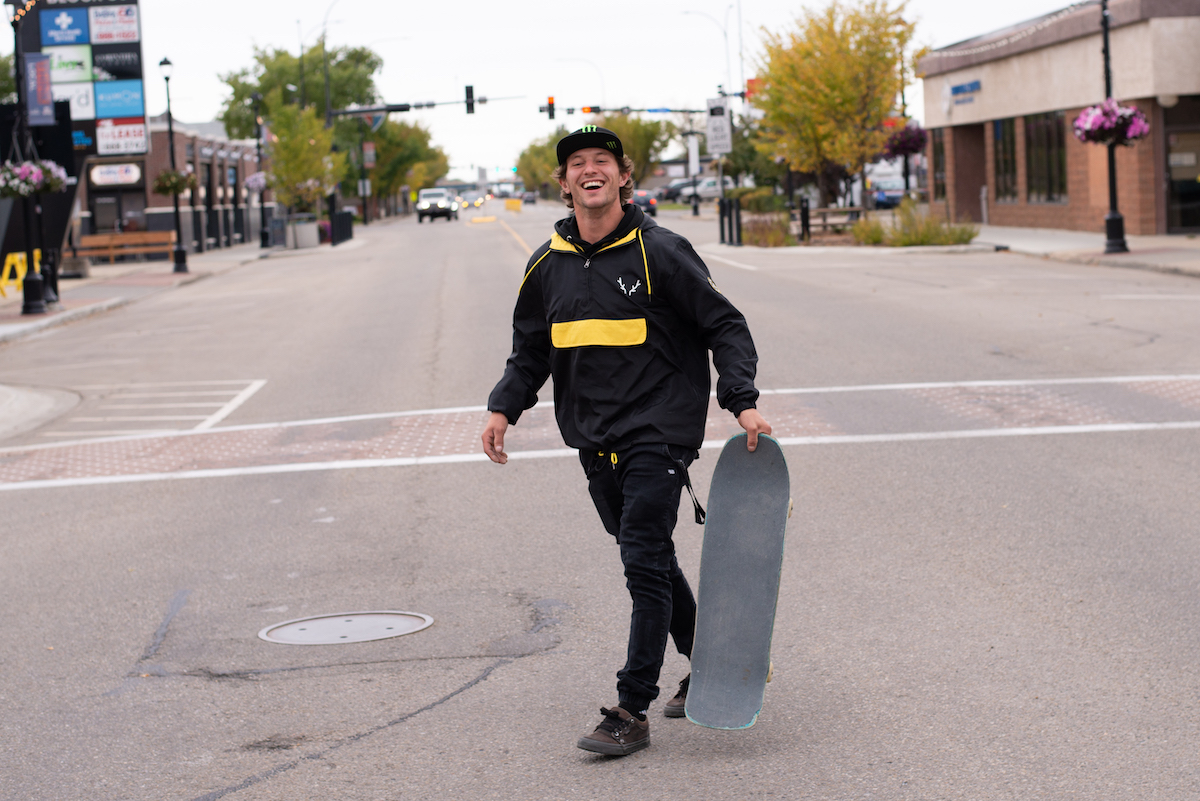 The City of Leduc, a surprising small city that definitely has the community and the well-being of its young people at heart. If you ever want to stretch your legs on your next roadtrip, no choice, you have to stop by the City of Leduc

To learn more about the city, listen to the second episode of the JACKALOPE West Coast Tour

Epicness level: 100%, Behind the scenes of the JACKALOPE WEST COAST TOUR
Read this Article now
Previous Article Next Article
© Tribu Expérientiel 2021.
All rights reserved.
Jackalope
Close
This website uses cookies. By using our website you agree to our Cookie Policy.I Understand