Burton One World, the snowboarding movie you need to see

Winter is coming people… and so is the best snowboarding movie you’ve seen in a while. One World, by Burton, is something you are going to want to watch before your next ride. The movie just came out on Amazon Prime… and JACKALOPE had the honor of seeing it last week. Here’s our thoughts.

Tricks are insane. Spots are marvelous. Cinematography is impeccable. Whether it’s backcountry, street snowboarding or park, Burton dug deep to be creative and offer something new.

But what makes this film special is also the contribution of 39 riders from all-around the globe. This is what One World is all about.

“We really tried to capture the spirit of the Burton team in this film, explains film director Alex Adrian. Burton has a really large team, and honestly everyone is really good friends. There is a real, natural camaraderie amongst the crew and we wanted to show that. That was a driving force behind our more session based edit style, rather than a part movie, showing how everyone rides together and plays a part in helping each other get tricks. It’s a cool vibe that can be lost when a movie is just one rider at a time, trick after trick.” 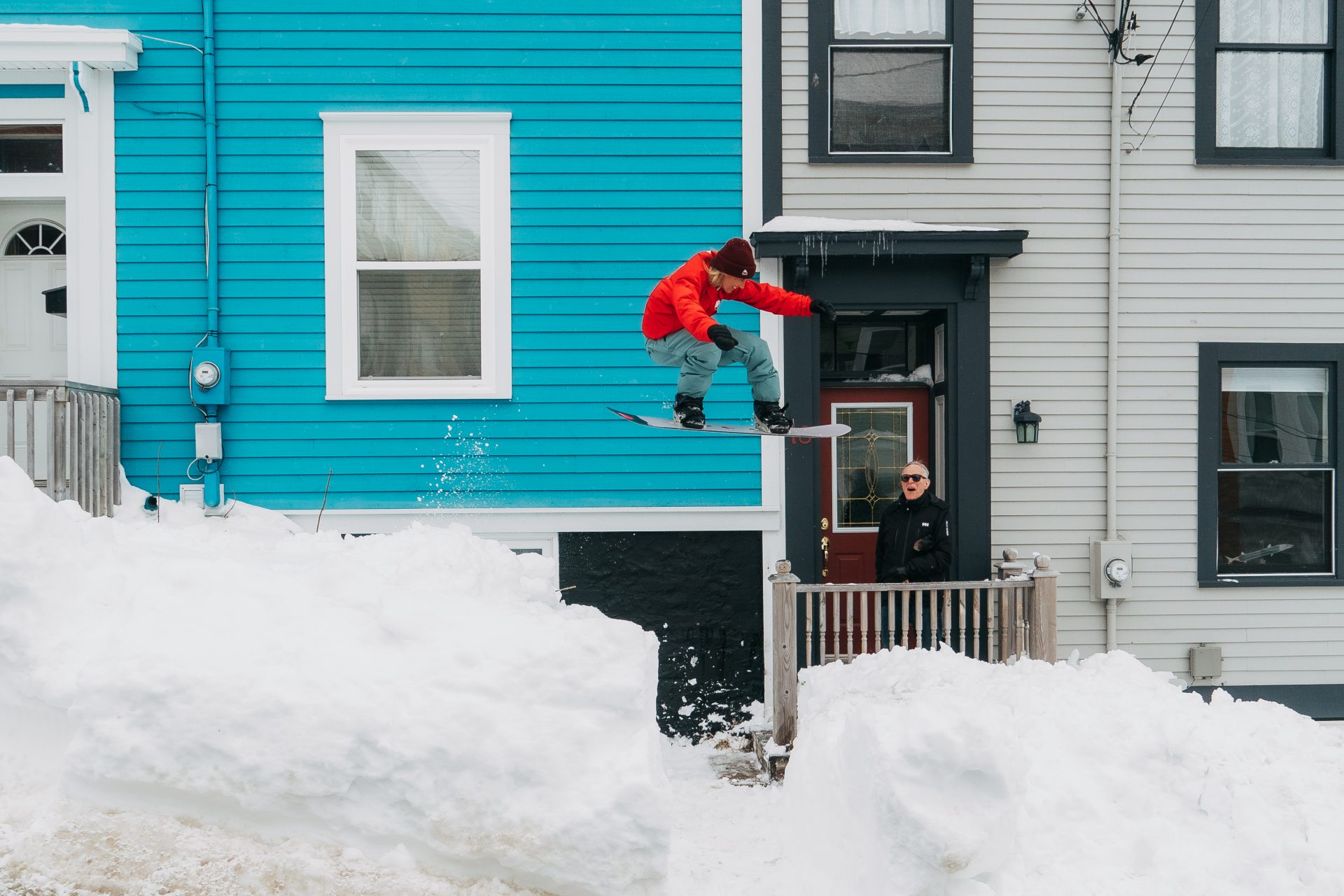 “Being part of a global team means there are people from all over the world with different backgrounds, explains Maria Thomsen, a Danish snowboarder now living in BC, Canada. Burton makes a big effort to unite us like a family. We’re all in this together and I think that is shown in the movie.”

From Newfoundland to Japan to Austria, Burton flew wherever they felt like they needed to capture the best shots possible. 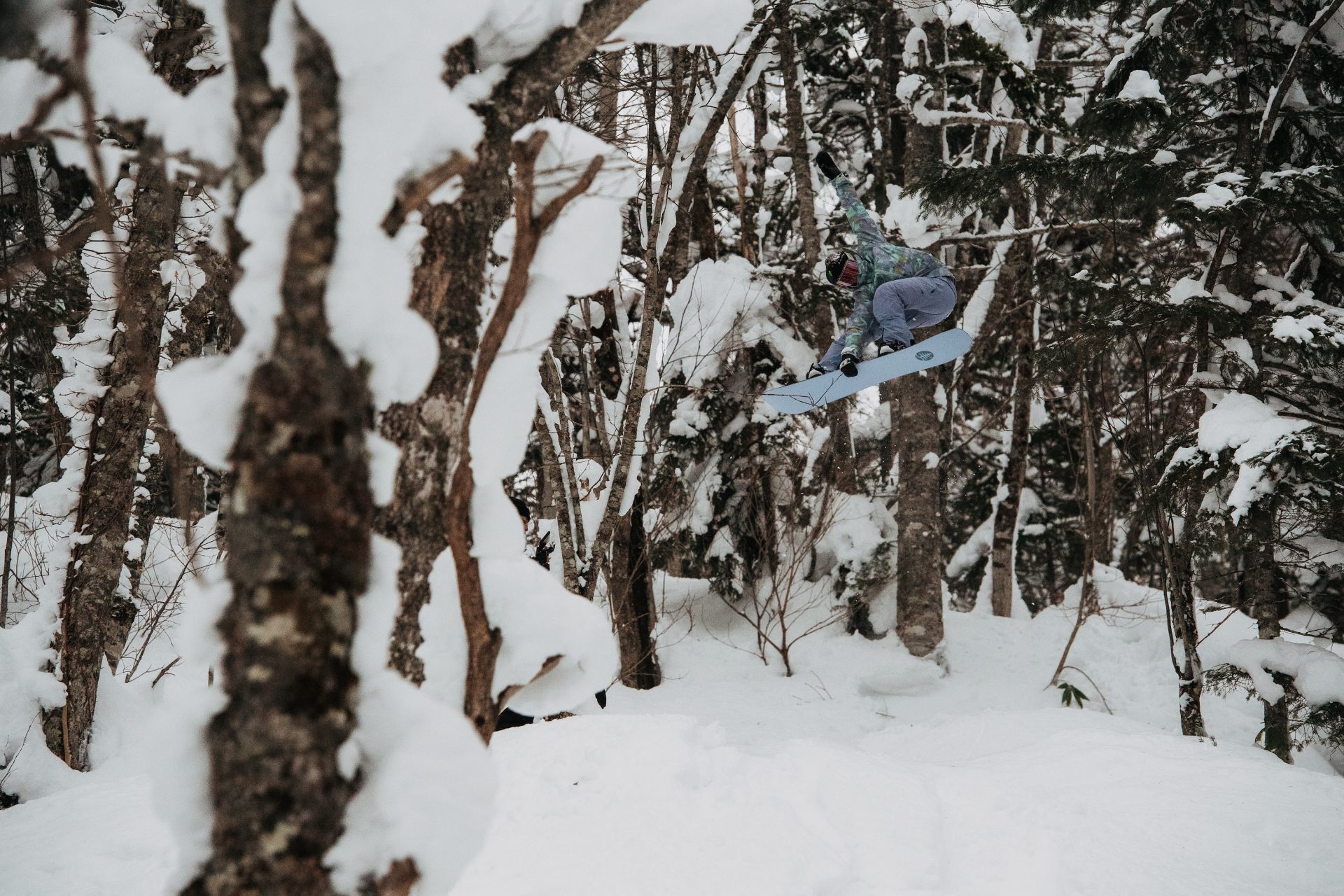 “The other part that I hope stands out is the montage/transitions between locations, says Alex Adrian. For these, we worked really hard to create some sensory experiences that would transport the viewer from one spot to another and artistically show off some of the more creative angles and views we get along the way.”

Even though they set foot in numerous countries and they explored remote areas in quest of the best filming locations, the Burton team did it in a responsible manner… because without nature, there is no snowboarding. Burton decided to fund solutions to reduce carbon emissions, through a partnership.

“Thanks to a partnership with our friends at Bank of the West, the carbon footprint of our travels and adventures while filming One World have been offset, explains Jenn Swain, Director of Sustainability at Burton. We have supported sequestration of 563 metric tons of carbon dioxide through the Kootznoowoo improved forest management project in Alaska. Carbon offsets are an imperfect but necessary step to address climate impacts.”

“Now more than ever  it’s important to be environmentally responsible, make good decisions so our future generations can enjoy the outdoors and have a place to call home, says Thomsen. We want to lead by example, take responsibility to protect the world! “

Almost exactly a year ago, the founder of Burton, Jake Burton Carpenter passed away after a battle with cancer. His voice is heard during the movie and that was a very important feature for director Alex Adrian.

“This was obviously a pretty emotional year with Jake’s passing, and we wanted to make sure he had a presence in the film. I think his voice over really speaks to and underlines his love of snowboarding, his absolute trust of the riders, and his respect for the sport he helped to create. These are values we all share and we are grateful to him for giving us all the opportunity to show the world what we love to do.”

Trust us, this movie is an amazing tribute to a man who changed the world of sports. Nobody in the 70s would have predicted the marvels realized on a snowboard in 2020.

Burton – One World comes out on November 17th on Amazon Prime and other streaming services. You’re going to want to take a look.